I was walking in the Yorkshire Dales and came across Yorkshire's Stonehenge - the Druid's Temple at Swinton. 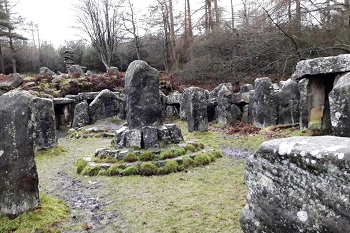 It wasn't built by mysterious ancient Celts, but a man called William Danby (1752 - 1833) who lived in Swinton Hall about a mile away. 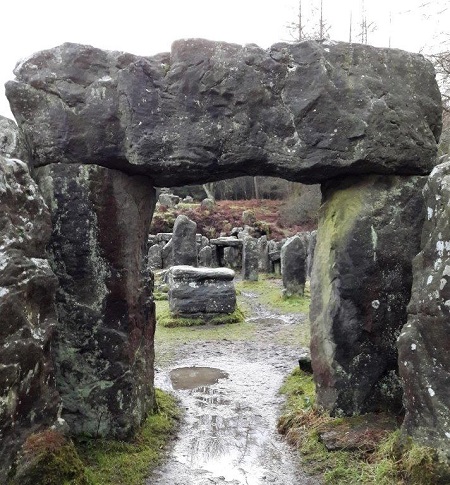 For a shilling a day his workers built this amazing folly from the plentyful local stone. It involves an enormous oval of altars, menhirs, dolmens, sarsens and other phallic and neo-Druidical paraphernalia with several solitary standing stones lined a ceremonial avenue leading to the temple. It is in the middle of Forestry Commission land and a great place to visit. 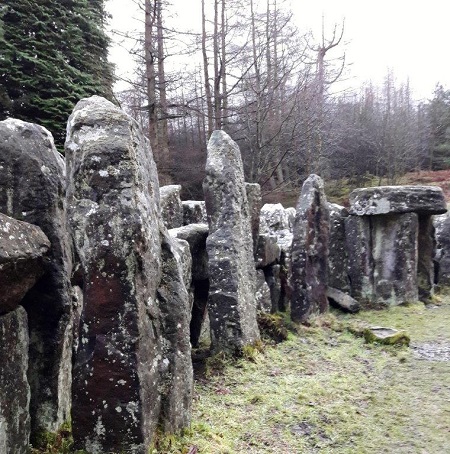 I have since read on the internet that a guide (dated 1910) claimed : "the builder of the temple offered to provide any individual with food, and a subsequent annuity, providing he would reside in the temple seven years, living the primitive life, speaking to no one and allowing his beard and hair to grow. It is said that one man underwent this self-imposed infliction for four-and-a-half years, at the end of which he was compelled to admit defeat.'

I stayed a good few hours perambulating round the hills and woods, but then retreated to the good nearby cafe. 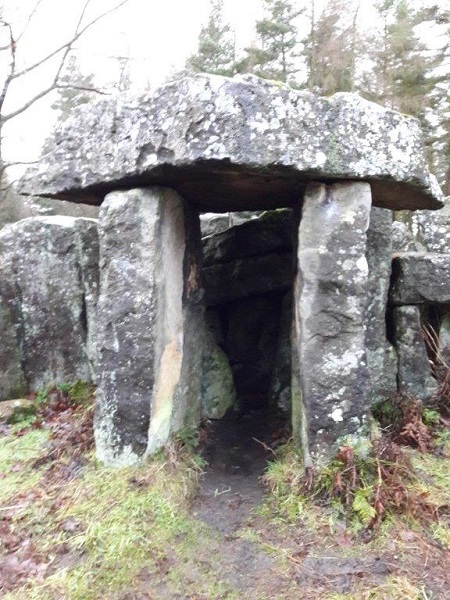 Sadly there were no windows for New House fabrics or tiebacks, and imagine the Druids probably had their own homeware items! 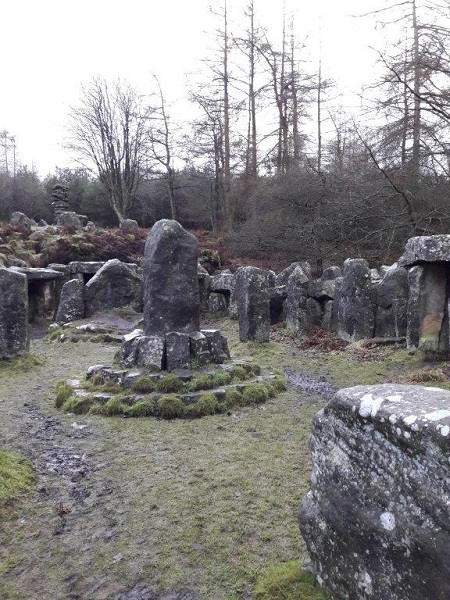 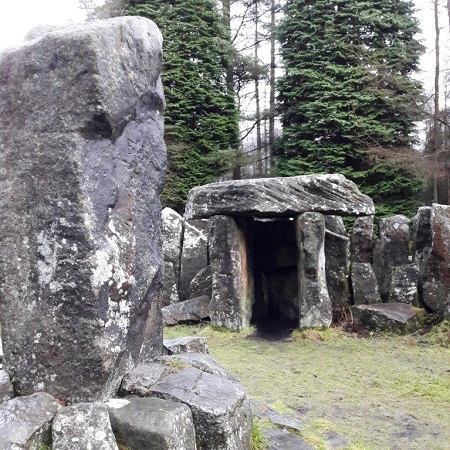 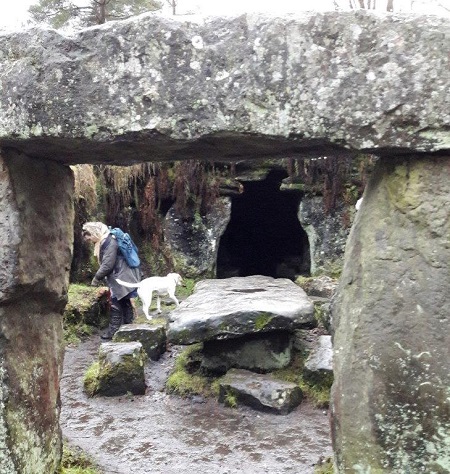 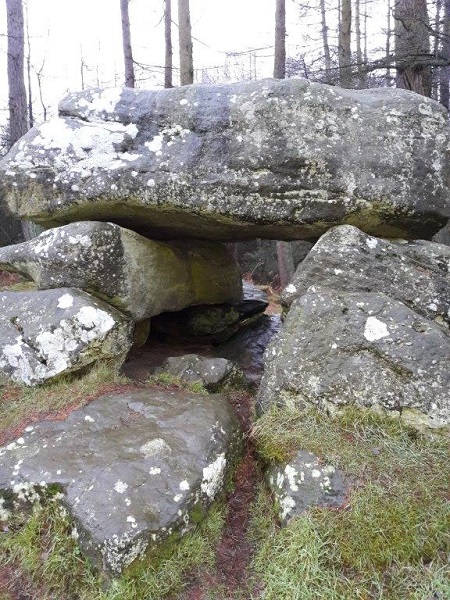 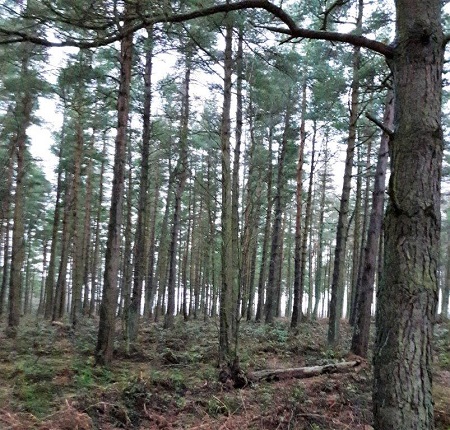 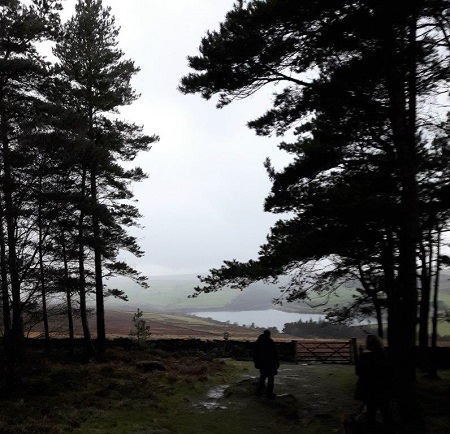 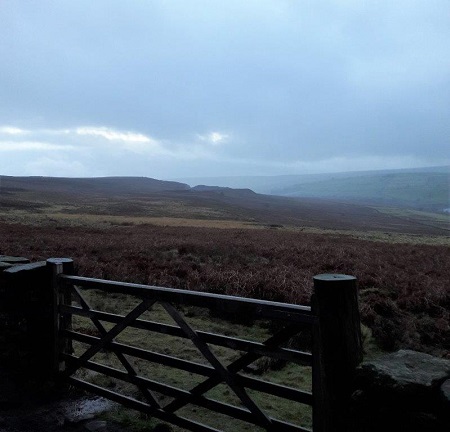 One the way there I spotted this winter tree, full of 100's of noisy starlings : 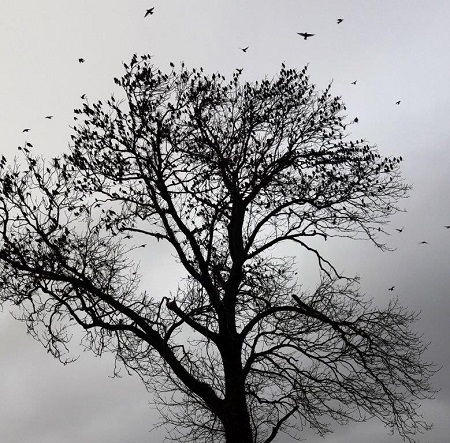